The Tonkinese cat has an exotic and treacherous history as it came from the Gulf of Tonkin, situated to the south of China and the east of North Vietnam that was historically named Tongking. It was also where ruthless pirates, hot sticky weather and the origination for the naming of the Tonkinese Cats - a cross between its Burmese and Siamese ancestors. The border between Thailand and Burma is called the Tanen Tong Dan which translates as the Golden Border and, coupled with the fact that the Thai word for gold is Tong, it was logical that an alternative title for the "Tonk" should emerge as the Golden Siamese - perhaps partly derived from the Asian Golden Cat. But whatever its beginning, the Tonkinese is a superb animal and would make a brilliant addition to any home. Many cats that were historically brought to the West and thought to be Burmese or Siamese, were in fact Tonkinese cats. It is hardly surprising that mistakes were made as all three breeds share strikingly similar visual characteristics. The Tonkinese has existed in the West now for at least 100 years. Towards the end of Queen Victoria's reign, a cat that was initially designated as a Copper (Burmese), was exported from Singapore to an English breeder who described it as a "chocolate" variety of the royal Siamese cat. The Tonkinese is a truly elegant cat and has quickly curried favour with everyone considering its short time in existence. These intelligent and loving cats are now well established as a recognised breed in Australia. If you wish to share your home with a truly delightful and beautifully natured cat, then you need to look closely at the Tonkinese. It is a robust animal and can live in most parts of Australia without too much difficulty and makes such a warm and friendly companion that once you have owned one of these cats you will keep going back to them time and again. 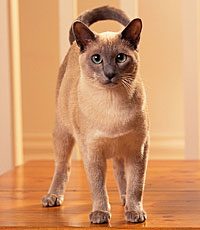 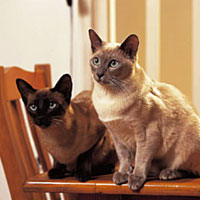